The first documentation of a burial ground for people of African descent is from a deed from 1779 that set aside ground on Hanover Street adjacent to the Quaker Friends Meeting House for enslaved persons belonging to the families of William Morris and Mary Derry.

In 1811 “The Religious Society of Free Africans of the City of Trenton” was incorporated. The Society assumed responsibility for the Hanover Street burying ground and continued to do so after the Society was reformed to join the African Methodist Episcopal denomination soon after it was established in 1816. By 1819 the Mount Zion A.M.E. congregation had constructed a church on Perry Street and continued to use the burying ground for its members and the rest of Trenton’s Black community.

In 1851 residents of Hanover Street petitioned Trenton’s Common Council to forbid further interments at “the colored burying ground,” citing it as a “nuisance”, which was accepted.

In 1860 NJ Legislative Act P.L.1860:133 gave clear title to Mount Zion trustees for the sale of the Hanover Street burying ground also requiring the church to remove the remains from that site and rebury them in a new cemetery.

In March 1861 a large parcel of land in East Trenton was sold by the Yard family to Mount Zion for $1,700. This parcel was in an area known as Locust Hill with a rise northward from Assunpink Creek.

Between the cemetery’s opening in 1862 and 1883, only 44 burials there are documented from newspaper notices, although burials were likely to have occurred without a published notice. Based on death records in the New Jersey State Archives, between 1878 and 1896, it is known that 125 burials took place in Locust Hill Cemetery. Research has revealed the names of six African American Civil War veterans buried in the cemetery, with at least four others whose names are unknown. Ongoing research suggests that the number of burials in the cemetery will increase.

Following the 1884 "Negro Burial Bill' which allowed for negroes to be buried in any New Jersey cemetery, the number of burials in segregated cemeteries declined. Without a steady source of income from burials, the Locust Hill Cemetery Company had difficulty  maintaining the cemetery and, its condition deteriorated over the next two decades with the last recorded internment in 1896.

Although the pastor of Mount Zion A.M.E. church called for its restoration in a 1906 newspaper article, the following year the Locust Hill Cemetery Company agreed to sell the southern parcel to the City of Trenton for use as a park. This was a vision of Common Councilman Edmund C. Hill, that was designed by the Olmstead Brothers who also designed Cadwalader Park. However, his plan never came to fruition and in 1923 Hill and the Locust Hill Cemetery Company lost the property through mortgage default.

Through the end of the 20th century the cemetery itself and the southern parcel passed through many hands. The southern plot was used as a warehouse and garage by the Philadelphia, Trenton and Chester Company. For a time the cemetery property was owned by American Biltrite Rubber Company. In the 1980s, after a series of transactions among developers, the cemetery itself was acquired in 1986 by Elijah and Ethel Wilkins an African American couple, who lived in the adjacent property at 73 Hart Avenue. In 1998 the Wilkins offered to sell both their home and the cemetery to the City of Trenton. However, the City did not accept the combined property but acquired the cemetery in 1999.

The house at 73 Hart Avenue was built in 1876. 15 years later the 1882 C.C. Haven insurance map for Trenton shows W. Darcy as the owner. The 1900 U.S. Census lists William Darcy and his wife, both Irish immigrants, as resident owners at 73 Hart Avenue with their children. However, by 1920 the Census includes native-born New Jerseyans Joseph Witter and his wife and son as rental residents. The 1940 Census lists Frank Staszewski from Poland and his family who had rented the address since 1935. By that time, the area had become a residential neighborhood with small-scale commercial enterprises. Its residents were predominantly european immigrants, from from Ireland and Germany with later immigrants coming from eastern and southern Europe. However by the second half of the 20th century due to the "Great Migration”, to the north, African American families were the predominant residents in the neighborhood. 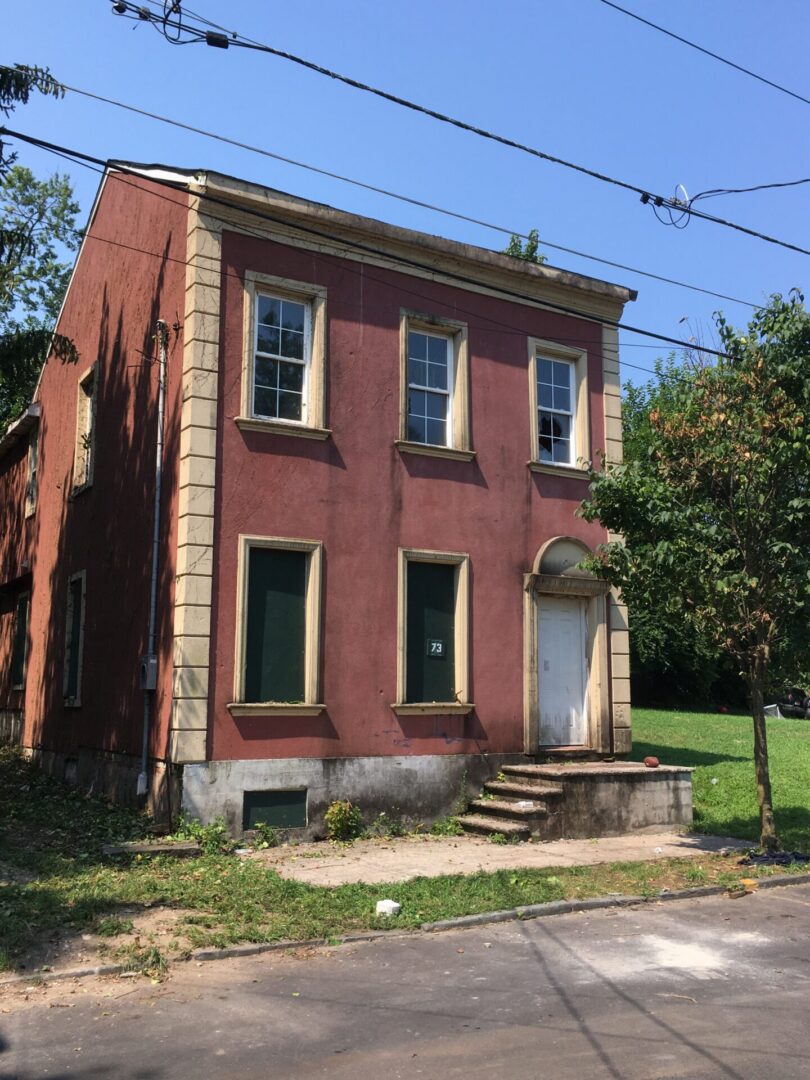